What is your background?

I have been working with field recordings for some time. In high school I started recording my friends, music and sounds that had a personal connection to me. When I was 15, I began with photography. While studying musicology at the University of Oslo, I did a one-year exchange year at Goldsmiths College as part of my BA and started using these recordings to make music. I then learned how to use these sounds live in concerts at the Norwegian Academy of Music (NMH) studying Live Electronics. Since then I have been freelancing, doing art projects, a lot of video documentaries and working with a lot of musicians. I’ve always been very interested in these places where music and other art forms come together. The artists I look up to usually have the same approach.

How are you relating to music technology?

I’ve had always music around me, my entire life. I also played the clarinet since I was a child. I had an urge to make music, but I didn’t really know how to do it until I started recording and realized I could put these recordings together, assembling… collaging. It felt easier for me having a music technology tool that enabled composing that way. I did also make sounds on the piano for example, but I never really came anywhere because I didn’t have that musical practice. But being able to put things on top of each other and try things out in a digital audio workstation really helped me a lot in realizing that I could compose. The first tool that I used was probably Logic, that is what they taught at Goldsmiths, but the first couple of songs I wrote were actually made in Audacity. Back then I had a Yamaha Pocket Track, a tiny little recorder. Currently I work mostly in Ableton, because I can use it for both when I perform live and when I make music. Right now, I’m also playing a modular synth, I have been very fond of the Morphagene module that is supposed to work like a tape machine, and I’m using it to layer things on top of each other. The modular synth is quite new to me, it took some time to understand how it works, understanding the signal processing can be quite daunting. But I’m lucky to have a partner who is really knowledgeable and owns a lot of modules. That has been a nice gateway for me to get more into it.

Did you had any role models or mentors?

There have been people I have been inspired by since I was a teenager. Jenny Hval whom I also work with, she has been both a role model but also someone I learned from a lot. Especially how she makes work but also talking and collaborating with her has been very meaningful to me. Björk was a huge role model for me too and Laurie Anderson in her way of playing with things and invigorating them. At Goldsmiths some of my tutors gave me a lot of knowledge on how to start learning with very simple things to make good music or art. But also pointing out how to use technology in new ways. At Goldsmiths they take Pop music as seriously as classical or contemporary music. It meant a lot to me to be in a space where they listened critically to and getting inspired by any kind of music. And to critically think about using a computer on stage. I remember Gyrid Kaldestad had some lectures for us at NMH and that was really inspiring. Anders Tveit was my mentor there and gave me a good push in creating the Lint project. 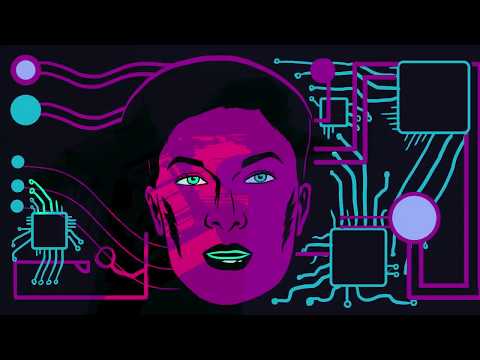 A tutorial on DIY music instrument making for Nuts and Bolts by Jenny Berger Myhre.

What are your experiences being a woman in the music technology field?

My experiences have mostly been good and the places that I studied have been very inclusive and encouraging. Of course, there is the odd situation where I have been experiencing being patronized, I think it is inevitable. At least right now. But slowly I see it’s getting better. I remember playing at Borealis Festival for experimental music in 2018 the first time. That was just after I made this debut of mine called Lint. I had all the instruments in the middle of the floor. Then this middle aged guy came up to me after the concert, first being ‘do you want me to help you pack?’ and I just said ‘no thanks a lot for asking, I’m fine’. I think he just wanted to connect and that is often when these weird situations happen. When I was packing my things he continued, telling me it wasn’t the right way to do it, and then he suddenly said with a weird tone of voice: “you know it is really interesting because your performance was very much like my music”. I just responded that I would love to hear it, maybe we had a lot in common. I have a number of these kind of experiences that are not directly bad, it is just that notion that someone doesn’t believe that you know what you’re doing. Or doesn’t trust that you do it on purpose. But otherwise, I am fortunate to feel safe in a community where women are very encouraged to work.

How did you got involved in Notam and in the meet-up for women in arts and technology?

I started going to Notam because of their Mekkeklubb, it is a place where you can solder and fix electronics. There are a number of guys who run the club, amazing artist and really encouraging folks. It felt really safe to me to just meet up and hang out with them, I didn’t even have any projects, I was just like ‘oh what are you working on, what is this, how do you use the soldering iron’. They are really welcoming to new people, so that is definitely a place that I recommend anyone in Oslo. Because you don’t have to know what you want to do and how to do it, but they can guide you in the right direction or inspire you. Especially Harald Fetveit and Einar Goksøyr Åsen taught me so much and encouraged me to try things out myself. The meet-up for women in the arts and technology started a couple of years ago as an initiative to create a safe space for women to talk about their work. And, to encourage young women to make art involving technology. That was run by Gyrid Kaldestad and Hilde Marie Holsen for a while, now it is me and Mariam Gviniashvili who are hosting it. The recent thing we decided was to stop calling it a meet-up for women in arts and technology and leave it open in terms of gender. We see that the safe space is safe even though there are also men in there. It is more needed to expose presentations or artists that one would not normally hear about. These are not only women but also non-binary- and transgender artists. So far it has been great, one of the few good things of the pandemic is to get an international network, to be able to sit down on a Wednesday evening and get inspired by innovative and beautiful work.

Please present a project you have worked on recently.

One of the last projects I worked with was a composition for an outdoor ice skating rink in Oslo that was going to be played in the evening and during night time. I wanted to make a work that took sounds from other places than Oslo and I had some recordings from Japan. There are so many sounds in Japan — it is quite incredible when you are there, at least as a Norwegian. All the sounds are so well curated, there is a sound for going into a shop and when you go you out of the shop. And there is a sound when you’re next in line. In Tokyo there are different jingles for each of the metro stations. I had a couple of fascinating recordings of that. I composed music to fit with those jingles and asked Cisser Mæhl who is a violinist to contribute, she made an arrangement for violin. I think it is the first time that I have made music in collaboration that way.

I’m using that piece and a couple of other things I have been working on for a new album. Right now, I’m working on a video project together with one of my old teachers from Goldsmiths, Lisa Busby. It is a multi-disciplinary project involving her music, but also involving her making videos. I’m making material for that. I tried out some recipes from Materiom.org which is a hub for bio-material recipes. I have been making bioplastic using agar and seaweed extracts and trying to make small objects, sculptures and filming them. It is a nice website, they also have some recipes that are conductive so you can use them with technology. That is the next step I want to try.

What advice would you give to women who are interested in pursuing a career in music technology?

Start with something simple. Just start with one thing and let it go from there. I would also give the advice of asking — either people you know or people you admire. Now there are so many resources that it can be a bit daunting. My experiences are if you are open and ask for advice then you will probably get something because there are a lot of people who want to share. For instances at places like Notam but also just reaching out to artists you admire.

This interview was conducted online on April 22nd, 2021